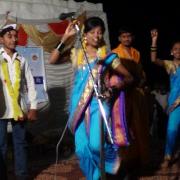 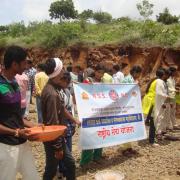 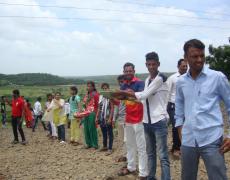 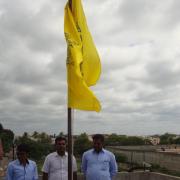 National Service Committee was launched in the year 1959-60 under the chairmanship of Dr. C. D. Deshmukh, had recommended that National Service for a period of 9 months to a year should be made compulsory before a student enters the university or employment. The Saiyidain committee (1961) Appointed by the ministry of education did not favour compulsion and recommended National or Social Service for a minimum period of 12 weeks on a voluntary basis.

The National Service Scheme was launched in 1969. It aims at the involvement mainly of undergraduate students on a voluntary basis in various activities of social serviced and national development which while making a contribution to socio-economic progress would also provide opportunities to the students to understand and appreciate the problems of the communities, awaken social consciousness and inculcate in them sense of dignity of labour. There has been a great deal of enthusiasm among the students in various programmers taken up under the scheme. At the same time, there has been a demand from several quarters that opportunity should be provided to the youth going out of the universities and colleges to engage themselves on a whole time basis for a specific period in activities of social and national service. Some attempts in this direction have been made in some states during last few years.

The post-independence era was marked by an urge for introducing social service for students, both as a measure of educational reform and as a means to improve the quality of educated man-power. The University Grants Commission headed by Dr.Radhakrishnan recommended introduction of national service in the academic institutions on a voluntary basis with a view to developing healthy contacts between the students and teachers on the one hand and establishing a constructive linkage between the campus and the community on the other hand.

The idea was again considered by the Central Advisory Board of Education (CABE) at its meeting held in January, 1950. After examining the various aspects of the matter and in the light of experience of other countries in this field, the Board recommended that students should devote some time to manual work on a voluntary basis and that the teachers should also associate with them in such work. In the draft First Five Year Plan adopted by the Government of India in 1952, the need for social and labour service for students for one year was further stressed. Consequent upon this, layout and social service camps, campus-work projects, village apprenticeship scheme etc., were put into operation by various educational institutions. In 1958, the then Prime Minister Pandit Jawaharlal Nehru in his letter to the Chief Ministers, mooted the idea of having social service as a prerequisite for graduation. He further directed the Ministry of Education to formulate a suitable scheme for introduction of national service into the academic institutions.

In 1959, a draft outline of the scheme was placed before the Education Minister's Conference. The Conference was unanimous about the urgent need for trying out a workable scheme for national service. In view of the fact that education as it was imparted in schools and colleges, left something to be desired and it was necessary to supplement it with programmes which would arouse interest in the social and economic reconstruction of the country. It was viewed that if the objectives of the scheme were to be realised, it was essential to integrate social service with the educational process as early as possible. The Conference suggested the appointment of a committee to work out details of the proposed pilot project. In pursuance of these recommendations, a National Service Committee was appointed under the Chairmanship of Dr.C.D.Deshmukh on August 28, 1959 to make concrete suggestions in this direction. The committee recommended that national service for a period of nine months to a year may be made compulsory for all students completing high school education and intending to enroll themselves in a college or a university. The scheme was to include some military training, social service, manual labour and general education. The recommendations of the Committee could not be accepted because of its financial implications and difficulties in implementation.

In 1960, at the instance of the Government of India, Prof.K.G.Saiyidain studied national service by students implemented in several countries of the world and submitted his report under the title " National Service for the Youth " to the Government with a number of recommendations as to what could be done in India to develop a feasible scheme of social service by students. It was recommended that national or social service should be introduced on a voluntary basis and extended as widely as possible with a provision for rich and varied programmes of activities. It was also recommended that social service camps should be open to students as well as non-students within the prescribed age group for better interrelationship.

The Education Commission headed by Dr.D.S.Kothari (1964-66) recommended that students at all stages of education should be associated with some form of social service. This was taken into account by the State Education Ministers during their conference in April 1969 and they recommended that at the university stage, students could be permitted to join the National Cadet Corps (NCC) which was already in existence on a a voluntary basis and an alternative to this could be offered to them in the form of a new programme called the National Service Scheme (NSS). Promising sportsmen, however, should be exempted from both and allowed to join another scheme called the National Sports Organisation (NSO), in view of the need to give priority to the development of sports and athletics.

The Vice-Chancellor's Conference in September,1967 welcomed this recommendation and suggested that a special committee of Vice-Chancellors could be set up to examine this question in detail. In the statement of national policy on education of the Government of India, it was laid down that work experience and national service should be an integral part of education. In national service should be an integral part of education. In may, 1969, conference of the student's representatives of the universities and institutions of higher learning convened by the Ministry of Education and the University Grants Commission also Unanimously declared that national service could be a powerful instrument for national integration. It could be used to introduce urban students to rural life. Projects of permanent value could also be undertaken as a symbol of the contribution of the student community to the progress and upliftment of the nation.

The main objectives of National Service Scheme (NSS) are :